You are here: Home / FIRST Wild Card Tour: Cherry Blossom Capers by Gina Conroy and others 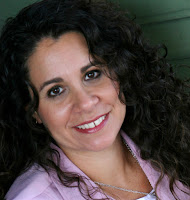 Gina Conroy used to think she knew where her life was headed; now she’s leaning on the Lord to show her the way. She is the founder of Writer…Interrupted where she mentors busy writers and tries to keep things in perspective, knowing God’s timing is perfect, even if she doesn’t agree with it! 😉 She is represented by Chip MacGregor of MacGregor Literary, and her first novella, Buried Deception, in the Cherry Blossom Capers Collection, releases from Barbour Publishing in January 2012. On her blog Defying Gravity and twitter she chronicles her triumphs and trials as she pursues her dreams while encouraging her family and others to chase after their own passions. Gina loves to connect with readers, and when she isn’t writing, teaching, or driving kids around, you can find her on Facebook and Twitter. 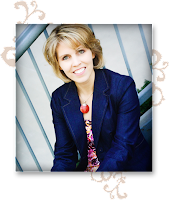 Since the time I could read Nancy Drew, I have wanted to write mysteries. In 2005 I attended a book signing at my local Christian bookstore. The rest, as they say, is history. There I met Colleen Coble. With prompting from my husband, I shared my dream with Colleen. Since those infamous words, I’ve been writing books.
My eleventh novel released in April 2011, and I have also written one non-fiction title (the Complete Idiots Guide to Business Law). Look for three more titles in spring 2012.
In addition to writing, I am an attorney, lecturer at a Big Ten university, active in women’s ministry, and all around crazy woman. Crazy about God, my husband and my kids. I graduated with honors from the University of Nebraska-Lincoln (Go Huskers!) and George Mason Law School.
Visit the author’s website. 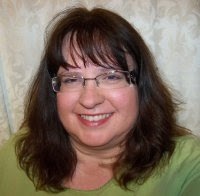 Lynette Sowell is the award-winning author of four novels and six novellas for Barbour Publishing. In 2009, Lynette was voted one of the favorite new authors by Heartsong Presents book club readers. Her historical romance, All That Glitters, was a finalist in ACFW’s 2010 Carol Awards. When Lynette’s not writing, she divides her time between editing medical reports and chasing down news stories for the Copperas Cove Leader-Press. Lynette was born in Massachusetts, raised on the Eastern Shore of Maryland, but makes her home on the doorstep of the Texas hill country with her husband and a herd of cats who have them well-trained. She loves reading, cooking, watching movies, and is always up for a Texas road trip.
You can find Lynette at her Facebook author page.
Visit the author’s website.

FRANCES DEVINE is first a Christian, second a Mom, grandmother and great grandmother. After that, the most important thing in her life is books. Like most authors, she can’t remember a time when she didn’t love to read. And right from the beginning, she was crazy about mysteries. When she was in her sixties, she decided it would be fun to write them and the Miss Aggie series was born. She has also written two historical romance series and several novellas. Frances grew up in Texas and still loves her home state, but when she moved to Missouri in 1984, she fell in love with the changing seasons, the trees and hills. The Misadventures of Miss Aggie series is set in the Missouri Ozarks. Frances loves to hear from her readers at fdevine1@gmail.com. She also welcomes comments on her blog .


Mount Vernon archaeology intern and widow Samantha Steele wants to provide for her children without assistance from anyone. Security guard and ex-cop Nick Porter is haunted by his past and keeps his heart guarded. But when they discover an artifact at Mount Vernon is a fake, Nick and Samantha need to work together, set aside their stubbornness, and rely on each other or the results could be deadly. Will Samantha relinquish her control to a man she hardly knows? Can Nick learn to trust again? And will they both allow God to excavate their hearts so they can find new love?