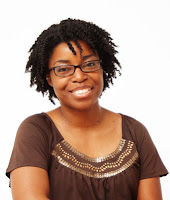 Tyora has coined her books as Soul-Searching Suspense. She is a member of Sisters in Crime and American Christian Fiction Writers. Tyora served as a judge for the Christy Awards for three years. She can be found online at TyoraMoody.com and Facebook.com/AuthorTyoraMoody.

Angel Roberts has embraced her new faith, but past memories remain fresh. When her beloved grandmother suffers a stroke, Angel sets out to investigate a mystery that has created family tensions and lingered since she was five years old. What happened to her mother?

She teams up with investigative reporter, Wes Cade, a man obsessed with his Alzheimer stricken grandfather’s remaining memories. As Angel lets her guard down with Wes, his determination to get the story could push her to the edge. Is his interest in her or the story?

Angel must conquer her fears to find the truth. Unknown to her someone close is working feverishly to stop Angel from unlocking the truth of what really happened to her mother. Who will win?

She gripped the steering wheel in fear as she calculated every move he made. For the last hour, he held the gun in her direction. What if she jerked the car off the road? No. She wanted to live. Still the car accident had to be better than what he would do to her. She had no idea where they were going.

With as much ease as her trembling body allowed, she slowed the car and pulled to the side of the road. There hadn’t been another car for miles on this back road. The sun had disappeared as cloudy, dark gray skies loomed ahead.

He cocked the gun towards her chest. “Get out.”

Her hands felt ice-cold as she struggled to grasp the door handle.

She yanked the door handle and scrambled out of the car to face her abductor.

The man waved the gun and yelled, “Start walking.”

Sticks and leaves crunched as they walked into the mass of trees. From a distance, she saw lightning streak across the sky. A cool breeze whipped through the trees but it brought no comfort. Her heart raced as if she had just run a marathon. She choked back a sob. He was going to kill her.

To think how much she had trusted him. It never would have crossed her mind that he would hurt her. More lightning split the sky followed by an intense rumble of thunder. The trees shook their limbs as if taunting her for being so naïve.

She turned and noticed he’d cocked his head like he heard something. Was someone else out here?

He swung the gun an inch from her temple. “Get down.”

“Get on your knees,” he snarled.

She fell on her knees, feeling the earth beneath her. Her heart lurched as the thunder roared like an angry lion above their heads. Big drops of rain began to crash around them. She shut her eyes tight not believing this was her fate. “Please, God help me,” she prayed fervently.

When she opened her eyes an answer laid near her, barely covered by leaves. She glanced up at him. His eyes had grown wilder as he paced around her. He seemed to be having a conversation, but she couldn’t understand a word he was saying. The rain was falling harder now, soaking her clothes. She peered down at the ground again. Why not? What did she have to lose? She had to do something.

She scooped the smooth rock from the muddy ground. Her dormant softball skills kicked in as she zoned in on his hand. Not waiting another second, she swung the rock with all her might.

The rock smacked him square on the hand and he dropped the gun. “No, you …”

She leapt forward like a track runner and headed into the trees. As she ran, the oddest memory of a Sunday School lesson entered her mind. The one about Lot’s wife. God told her not to look back, but she did and lost her life.

His voice bellowed behind her.

“Don’t look back,” She told herself as she ran. “Don’t. Look. Back.”
CHAPTER ONE

“We both know she’s dead.” Angel Roberts tightened her grip around the steering wheel, realizing too late, she’d destroyed a beautiful evening. A harsh silence sucked the air from inside the car.

After a minute, her grandmother responded softly, but firm. “Angel, I can never give up hope.”

Angel took her eyes off the road to peer at her grandmother’s face. A warmth of shame washed over Angel as she witnessed the pain in Fredricka Robert’s eyes. Why now? It was my birthday.

Less than fifteen minutes ago, Angel had driven away from Victory Gospel Church, still grateful for the love shown to her. A year ago, Angel would have never imagined herself regularly attending church, and definitely not Bible study. Tonight, the members of the Overcomers Women’s Ministry presented Angel with a surprise twenty-fifth birthday celebration. Angel had loaded the almost-eaten butter cream cake and birthday gifts into the back seat, not realizing her joy would be short-lived.

Angel slowed the car down as she approached the red light. All was well until her grandmother said, “You look so much like your mother when she was twenty-five.”

Despite confessing her faith in Christ nine months ago at Victory Gospel Church, Angel continued to struggle with resentment. It seemed like every year, Angel’s birthday turned into more of a memorial for her mother. There was this gap between Angel and her grandmother, where her mother should have been. Angel barely remembered the woman who disappeared twenty years ago.

The question that haunted Angel the most was the same one that brought her grandmother hope. What if her mother were alive? To Angel that meant Elisa Roberts had abandoned her daughter. That night after Angel’s fifth birthday party, her mother walked out and never returned. Elisa had provided no clue to where she was going or if she was going to meet someone. Just vanished. Foul play or on purpose. Surely, her grandmother didn’t want to hope in finding the woman who did the latter.

As she drove through the green light, Angel chided herself for getting angry with her grandmother. It was just her and Grams now. She cleared her throat, “Grams, I’m sorry. I didn’t mean to blurt out we know my mother’s dead. We don’t really know.”

She glanced at her grandmother. Fredricka’s face was turned towards the passenger window. Not wanting to upset her grandmother anymore tonight, Angel became engrossed in her own thoughts. What Angel didn’t want was for Grams to find out what she was doing. She was on a mission to find out what or who led to her mother’s disappearance. Five years ago, she’d started working on a documentary of her mother’s life, before various circumstances led her off track. Now she was determined to complete the project. Anything to bring attention to her mother’s short-lived legacy.

Her grandparents had raised her, doing their best to keep memories of her mother alive. Even though she was young, Angel remembered her mother being sad all the time. Angel was born a few months after a devastating break-up between Angel’s mother and father. It didn’t help that her mother, a protégée, struggled to regain her footing in a once promising singing career while trying to raise Angel.

In many ways, Elisa showed signs of desperately wanting a new life or either ending the dismal life she had perceived she had. Reaching her own breaking point four years ago, Angel longed for a connection with her mother.

Angel maneuvered her grandfather’s old Buick into the driveway of the only place she called home. Her grandmother shuffled behind her as they made their way down the cobblestone walkway towards the front door. Once inside, Angel headed toward the kitchen to find a spot for the leftover cake inside the refrigerator. She had an urge to leave the cake out and eat the rest of it, but weariness invaded her body. She slammed the fridge door shut and turned around. “Whoa, Grams-” Her grandmother had managed to sneak up behind her. Angel didn’t remember hearing her walk in the kitchen.

Her grandmother sputtered, “Angel, we should have stopped by the store on the way home.”

Angel frowned. Maybe she had agitated her grandmother too much with her outburst in the car. “I can go back out, Grams. It’s not a problem. What do you need?”

Angel placed her hand on her grandmother’s shoulder. “Why don’t you lie down? I will bring you some aspirin. I’m sure we already have a bottle.”

Angel walked across the kitchen to the cabinet where they kept a medicine supply. She searched among the orange and white labeled bottles. There were so many bottles. A lot of the labels bore her deceased grandfather’s name. She really needed to work with Grams to throw away his old medicine. Finally, Angel saw a bottle of aspirin. “Here is the bottle.”Angel flipped the bottle in her hand to check the expiration date.

A forceful thump startled her. Angel turned around. “Grams!” she cried out. She ran over and knelt beside her grandmother on the linoleum floor.

The right side of her grandmother’s face twitched. “Ang…”

Before Angel could stop them, tears sprang to life, blurring her vision. “Grams, hang in there. You are going to be okay.”

Angel sprinted to the phone on the wall and with trembling fingers, she dialed 9-1-1. Oh God, please don’t take Grams yet.