You are here: Home / FIRST Wild Card Tour: Whither Thou Goest, I Will Go by Naomi Dathan

Today’s Wild Card author is:
Naomi Dathan
and the book:
Whither Thou Goest, I Will Go
Kirkdale Press (November 27, 2011)

***Special thanks to Ryan Rotz, Publicist, Kirkdale Press for sending me a review copy.*** 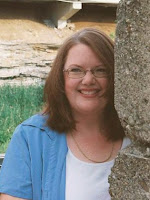 Naomi Dathan has been fascinated with prairie life since her third grade teacher read Little House in the Big Woods to the class. She finally indulged this fascination with her fourth novel, Whither Thou Goest, I Will Go. She lives in Ohio with her two daughters and two undersized beagles with oversized egos.

Check out her witty blog http://naomidathan.com

Jem Perkins has it all – money, a fine house, a handsome husband, and a new baby boy. But when her family fortunes turn, Jem’s husband Seth leads her to a new home: a sod house on a Nebraska homestead.

It is a season of growth for Jem as she reluctantly confronts her new realities: back-breaking labor, dangerous illness, and mind-numbing isolation. She learns to embrace her new role as a capable woman and marriage partner and discovers an awareness of God’s hand in her life.

Then, on January 12, 1888, the history-making Children’s Blizzard sweeps across the land, ushering in a season of hardship she never expected. Can Jem’s confidence, marriage, and new-found faith weather the storm?

Buy the ebook Whither Thou Goest, I Will Go from Vyrso for $.99. Use the coupon code WILDCARD at checkout or simply click HERE.
Offer ends this Friday.

Whither is also available for Kindle, Nook, Kobo, iBooks, and Google Books.

About Vyrso
Vyrso is a new Christian ebookstore and reader app from Logos Bible Software. You can read Vyrso ebooks on your iPad, iPhone, Android tablet or phone, and online at Biblia.com.


At midnight, Charley woke shivering in his trundle bed. “Ma?”
He rose, but couldn’t see his mother’s form in the faltering lamplight. “Ma? Mom-mom?”
Still no answer. The cast iron stove was dark and silent. The wind outside howled like a wolf, and caught at the door of the sod house, swinging it open and shut.
Where was Ma? Why wasn’t she making the stove hot or snuggling him warm under the covers? Was she outside with the wind-wolf?
Charley went toward the door. Ice blew into his eyes, making them water. But he wasn’t crying. Not yet. Warmth brushed his legs, a wetness caressed his cheek. The big dog, Zeke, curled his shaggy body against Charley, pushing him backward—away from the open door.
Charley pushed back and shook his finger at him. “No! Bad.”
Zeke whined and pressed harder. Charley fell, landing on something warm and solid. It didn’t hurt, but he set to wailing anyway, protesting his alone state, his empty belly, and the bitter cold that bit at his eyes and ears and nostrils like fierce ants.
No one came to comfort him, so his cries soon dried up. He scuttled across the still form on the floor, pausing at a tinkling sound. “Ging,” he said, remembering. “Ging, ging, ging.”
The bell. Pa had rung the bell today. Ding, ding, ding. He’d stoked the fire high and hot, gave Charley cold mash to eat, and clung to the doorframe, ringing and ringing the bell. Once, Pa had fallen to the dirt floor, but after a long while, he pushed himself upright, clutched the doorframe, and rang the bell again.
Now Pa was on the floor again, unmoving.
Charley stepped on Pa’s head as he went to look outside “ Ma!” The storm sucked his voice away so fast that he didn’t even hear himself. The winds answered in high voices, scared and scary at the same time. Was Ma out there in the black with the wind voices?
At last, Charley made up his mind. With Zeke making little worried sounds close beside him, Charley stepped out into the blizzard to find Ma.
***